Most kids at a young age will have trouble sitting still and staying focused for long periods of time. For most kids, this is part and parcel of growing up. However, if you notice your child keeps on zoning out or is very hyperactive, then they may be showing symptoms of ADHD.

Attention deficit hyperactivity disorder (ADHD) is a condition which can cause your kid problems educationally and socially. In most cases, the signs of ADHD in children show up before they turn seven. It can be tricky to diagnose, so it is essential to get medical assistance to get an accurate diagnosis.

In general, kids with ADHD will display a mixture of inattention, hyperactivity, and impulsiveness. Some kids will show signs of all three behaviors, while others may exhibit any combination of the three. As ADHD symptoms vary from child to child, your doctor will check off their symptoms versus a set of criteria.

In kids with ADHD, inattention can mean several things, such as struggling to focus and remain on task, trouble following instructions or completing tasks, and being easily distracted by other things going on in the room. 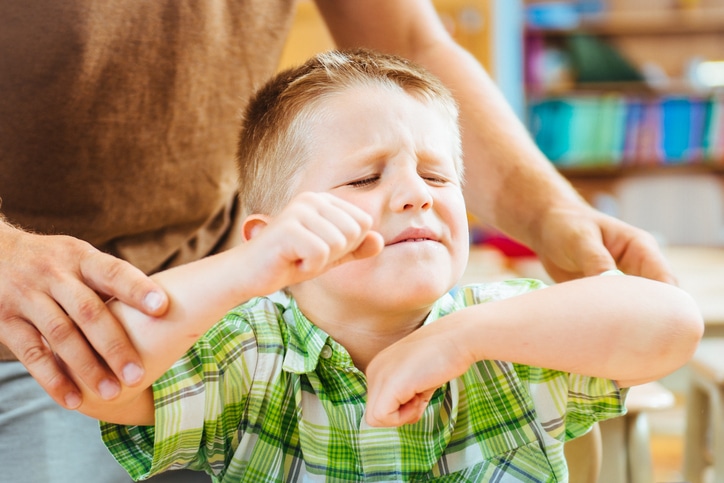 That doesn’t mean that kids with ADHD never finish tasks; it’s just they tend to focus on the things they like doing rather than things they are told to do. This can naturally create problems in the classroom and can lead to behavior that is often classified as disruptive.

Most kids could be classified as hyperactive at some point but will settle down when they are tired or have some activity to do. However, kids with ADHD struggle to stay still for any length of time and will often move around at times you wished they wouldn’t.

Other signs of ADHD in children include fidgeting, being excessively talkative, and having a quick temper.

Kids with impulsive tendencies lack the filter that other kids have and will often act without thinking or be prone to angry outbursts. They also struggle with boundaries which can lead them to interrupt other people in class or not wait to be called on for an answer in class.

While most kids sometimes display a lack of awareness or tact to others’ feelings, kids with ADHD tend to make a habit of it, which makes it hard for them to build healthy social connections.

Getting an Accurate Diagnosis

As we mentioned above, many of these symptoms are present in our kids as they start developing and interacting with the world. However, if your child is being disruptive at school, is struggling with social interactions, or has trouble sitting still, then it is worth getting it checked up.

Their behavior could be down to something else such as learning difficulties, inner ear problems, or a reaction to a traumatic event.

Living with a child with ADHD can be challenging, but an early diagnosis will help you find ways to help them channel their behavior and live a very full and rewarding life.