Hereditary diseases in kids are becoming increasingly common. These can be mild or severe. Sometimes they are caught before birth due to genetic screenings or ultrasounds, but in other cases, a disorder is identified at birth or during childhood. You may work with a genetic counselor throughout your pregnancy if you have a prevalence of certain disorders in your family history. 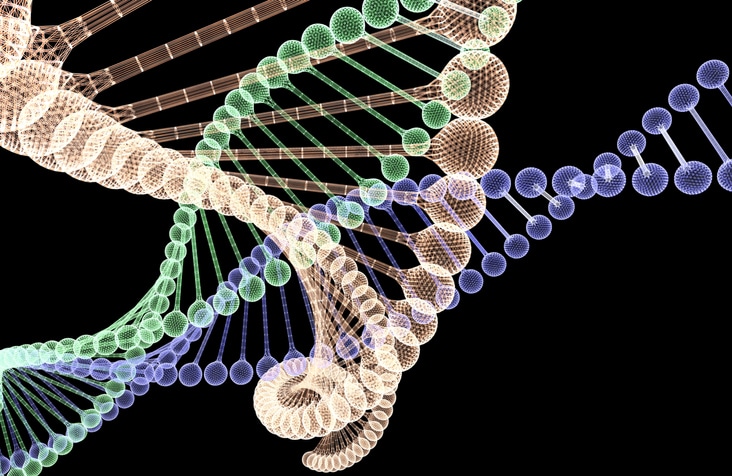 Down syndrome occurs when babies receive an extra copy of chromosome 21. Down syndrome is fairly common, affecting approximately 1 in every 1,000 births, increasing in prevalence with maternal age. It is usually detected early during prenatal screening, and certain physical features will also present at birth. The telltale signs include a flat face, a protruding tongue, small ears, an upward slant in the eyes, and smaller stature.

Affected children will also experience developmental delays due to low muscle tone and will typically have digestive issues and heart defects. Emotional and mental development is also mildly to moderately affected; however, many individuals with Down syndrome go on to attend college, live independently, and hold jobs.

Every child with Down Syndrome is different, with some children not experiencing any major health problems and others requiring complex medical care. Babies with Down syndrome should be closely monitored for pulmonary hypertension, heart problems, vision issues, and hearing loss. Other potential issues include thyroid problems, seizures, sleep apnea, asthma, and spinal conditions.

Trisomy 18 (also called Edwards syndrome) is a serious and often fatal birth defect and the second most common form of trisomy behind Down syndrome, affecting approximately 1 in every 5,000 births. Just as with Down syndrome, the occurrence increases with maternal age, and there is a higher prevalence among females than males.

Unfortunately, many children with trisomy 18 do not live to full term, resulting in miscarriage or stillbirth. Those who do survive often do not make it to their first birthday. When born, infants with trisomy 18 are usually fragile and unusually small. Health complications can include cleft palate, lung defects, kidney defects, stomach defects, foot defects, heart defects, and developmental delays. Although rare, some individuals live into their twenties or thirties.

Fragile X syndrome (also called Martin-Bell syndrome) affects about 1 in 4,000 male births and 1 in 8,000 female births and is the most common genetic intellectual disability. This occurs when a change on the X chromosome hinders the production of the essential FMRP protein needed for normal brain development. FXS can be mild or severe, and while there is no known cure, medication and therapy can help ease symptoms and promote growth.

Fragile X results in developmental delays, learning disabilities, social and behavioral issues, and other conditions like autism or ADHD. Other symptoms and complications can include anxiety, depression, seizures, or speech delays. Diagnosis usually occurs around the age of three, and symptoms tend to become noticeable earlier in boys than in girls.

Sickle cell disease (SCD) is the most common inherited blood disorder, affecting around 100,000 Americans today. Sickle cell disease disproportionally affects Black or African-American births, affecting approximately 1 in every 365 African-American babies. It may also affect those of Hispanic, Indian, or Mediterranean descent. Interestingly, SCD occurs more often among groups from areas of the world where malaria is (or was) prevalent.

Sickle cell disease affects red blood cells, causing them to take on a crescent shape that makes them more difficult to be transported through the body. Blood vessels can get clogged, causing painful episodes of sickle cell crisis until the blood can get moving again. Certain lifestyle adaptations can help prevent sickle cell episodes, including managing stress, getting plenty of sleep, and drinking plenty of water.

Children with SCD may get tired more easily than their peers, are prone to infections, and may experience stunted growth. Other complications include jaundice, swelling of the fingers and toes, organ damage, and anemia.

In recent years, the mortality rate has been greatly reduced due to modern medical advancements. Stem cell transplants have shown some success in curing SCD in some patients. Folic acid supplementation, medication, and, in some cases, blood transfusions can also help manage and treat SCD.

Congenital glaucoma is fairly rare (around 1 in every 10,000 births), but early diagnosis and treatment are critical in order to slow the development of the disease. In some cases, congenital glaucoma is inherited. Glaucoma is essentially the presence of elevated amounts of fluid in the eye pressing on the optic nerve and causing intraocular pressure.

Symptoms may be present at birth or may not occur until later in childhood. Signs of glaucoma in infants include excessive tears, sensitivity to light, and the telltale large, cloudy cornea. Older children may present with blurry vision, headaches, worsening nearsightedness, and problems with peripheral vision.

The most common treatment option is surgery to open drainage canals for the excess fluid. Eye drops and other medications may also help. It is important to note that even with early treatment, pediatric glaucoma may still cause permanent vision damage or even blindness. This is why regular eye exams are important for identifying eye disorders such as glaucoma.

Babies born with Tay-Sachs disease are missing a crucial enzyme called hexosaminidase A (HEXA). HEXA controls vital functions such as vision, hearing, movement, and brain development. Tay-Sachs is purely genetic and can be caught during pregnancy pre-screens. Although the overall incidence is very rare (only about 16 cases recorded per year), certain communities are at a higher risk and may benefit from genetic screening. These groups include Ashkenazi Jewish, French-Canadian/Cajun, and Irish populations.

Symptoms of Tay-Sachs disease usually develop slowly over time as the child progressively loses the ability to see, hear, and even move. Late-onset Tay-Sachs occurs in adulthood and may cause only mild muscle weakness and trouble with speech. Unfortunately, most cases of Tay-Sachs prove to be fatal before the age of 5. There is currently no cure, but symptoms can be managed with medications to relieve pain, relax muscles, and control seizures.

Another disorder that disproportionately affects Ashkenazi Jews is cystic fibrosis. Unlike Tay-Sachs, cystic fibrosis is fairly common, occurring in about 1 in 3,200 births.

With cystic fibrosis, the CFTR protein is either abnormal or missing, leading to the creation of thick and sticky mucus. This mucus leads to an increased risk of infections and can cause trouble breathing, problems with digestion, and a chronic cough. Male fertility may also be affected.

Symptoms are usually identified shortly after birth and include frequent lung infections or sinus infections, wheezing, coughing up mucus, trouble with weight gain, constipation, and diarrhea. It is usually detected through a screening that measures the amount of chloride in a patient’s sweat. Certain medications, breathing exercises, a healthy diet, and taking measures to prevent infections can help kids manage their cystic fibrosis and lead a normal life.

This list is by no means exhaustive, and there are many genetic disorders (both common and rare) that can be identified through pre-screening measures. If you are pregnant and interested in genetic screening, contact your health professional today.