The first few weeks and months of your baby’s life are very exciting, but they are also full of worries as your newborn adapts to the world around her.  You are going to be acutely aware of every sudden change in their behavior or health and will often convince yourself that it is something serious.

One of the things you can expect a lot in the first few months is quite a bit of vomit, as your baby clears out their stomach and gets used to milk. It can be a little scary, but it in many cases it is all part and parcel of the growing up process. Some babies will be sicklier than others, but in general, there are usually several reasons for vomiting in newborn babies.

You can expect your baby to vomit at least a few times a day during the first couple of days. This is because they will be clearing out mucous and amniotic fluid from their stomach. Their digestive system will also be trying to adapt to the new changes. The length of the adjustment varies from baby to baby.

As your baby’s digestive system continues to develop, and they are taking on larger quantities of milk, there is likely to be some vomiting after feeding time. This is perfectly normal and no real cause for concern. It is sometimes caused by reflux, but in the majority of cases, it is just down to your child’s digestive system not being fully developed. 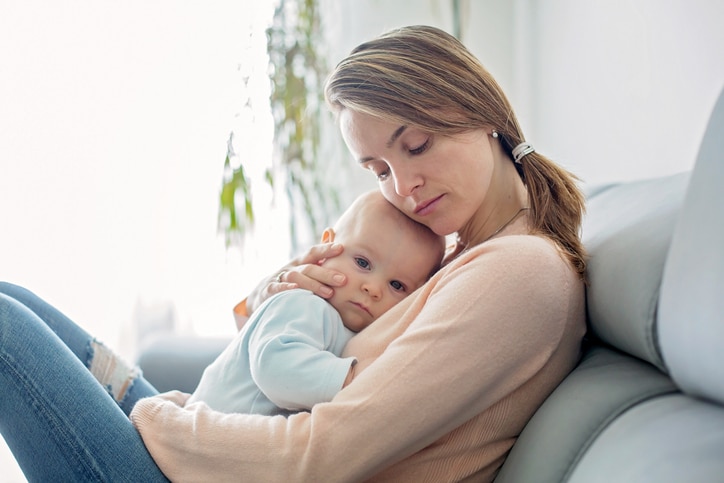 It is important that you burp your child to help them remove any air pockets or excess gas with any excess gas after feeding. They may bring up a small amount of milk when they burp, but they usually grow out of this.

You can’t rush the feed, so expect to see it again if you do. If your baby gulps down the milk too quickly, then more air pockets will get into their stomach. The cumulative effect of this air will cause large pockets to form in your child’s stomach, which inevitably leads to quite forceful eruptions.

As your baby gets older, you will start introducing new foods, which can also take a bit of getting used to. Sometimes we might get ahead of ourselves and add foods that their little stomachs are just not ready for. If you notice that they are struggling to digest certain foods, but there no other symptoms try pureeing the food or chopping it into smaller, easier to digest pieces.

Times When You May Have to Call the Pediatrician

Generally, if the vomiting is accompanied by any other symptoms, it may be worth further investigation. Vomiting accompanied by diarrhea is usually a sign of gastroenteritis, while vomiting with an itchy rash may indicate food intolerance. These conditions can be easily managed and shouldn’t be a significant cause of concern.

On the other hand, any vomiting which continues for over 12 hours and is accompanied by symptoms such as dehydration, fever, swollen stomach, and irritability means that you should seek prompt medical attention.