While lung diseases are often thought of as affecting an older demographic, there are a few pediatric respiratory and lung conditions to be aware of as well. Keep reading to learn about some of the most common childhood lung diseases and their symptoms. 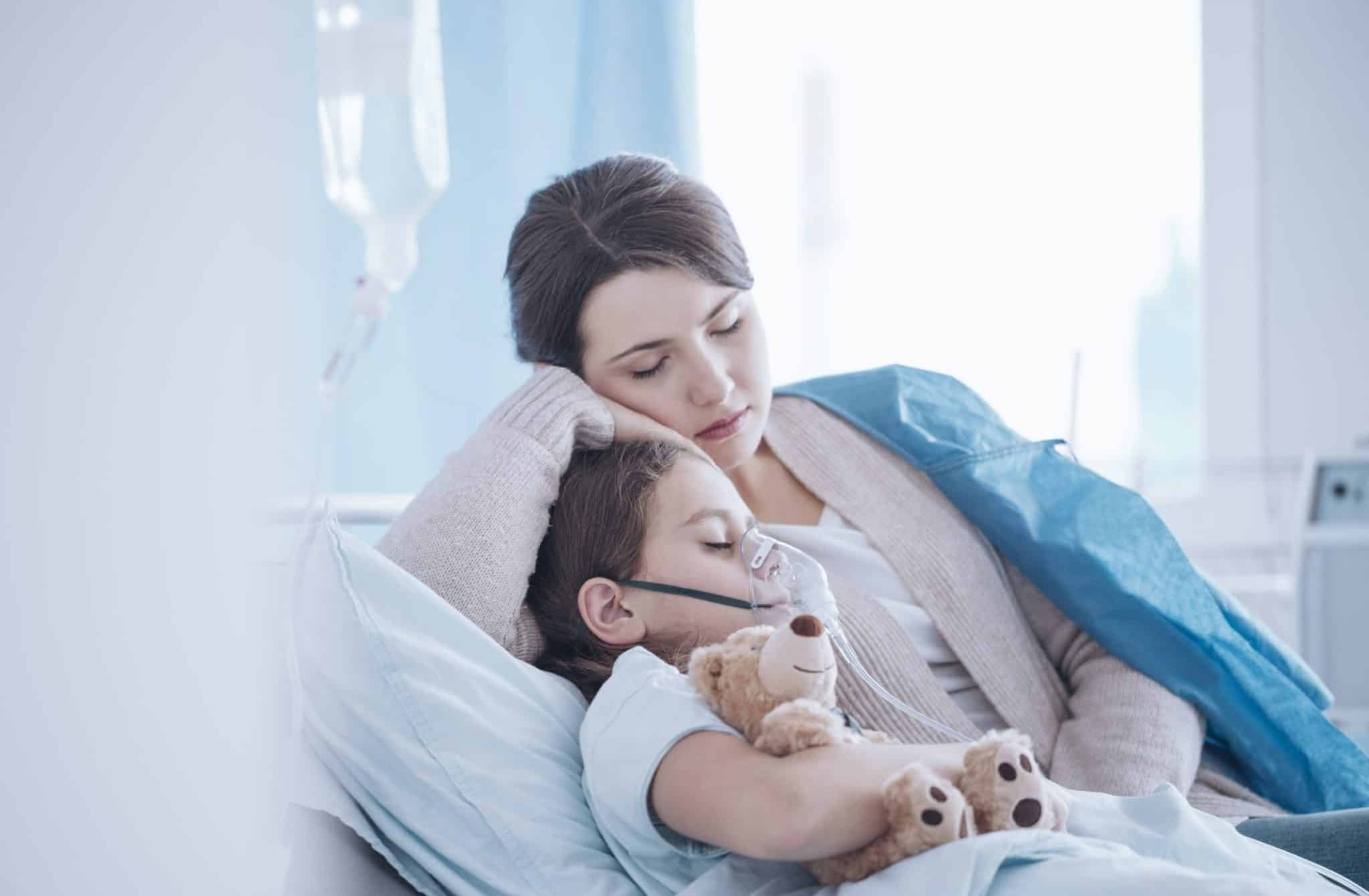 Asthma is one of the most common chronic conditions, particularly in children. Currently, more than 7 million children are affected. Symptoms typically appear by the age of 5, although the age of onset can vary. Childhood asthma may disappear and recur, or even disappear permanently.

Symptoms can occur in conjunction with symptoms of allergies such as post-nasal drip and eczema. Children with a family history of allergies and asthma are at a higher risk of developing asthma themselves. In addition to reviewing symptoms and patient medical history, an asthma diagnosis is typically confirmed by testing pulmonary function, listening to your child’s lungs, and even taking a chest X-ray. Treatment typically consists of the prescription of a rescue inhaler, the development of an Asthma Action Plan, and other medications.

If you suspect asthma, be on the alert for symptoms of a serious asthma attack which include:

The presence of any of the symptoms above requires a 911 call or visit to emergency medical services.

Interstitial lung disease is actually a group of conditions that affect the lungs, typically via inflammation and scarring. They can be congenital or appear later in life. Symptoms can be triggered by a single event such as a virus or be present at birth.

Diagnosis can be confirmed using a variety of tests, including spirometry, Peak flow monitoring, Bronchoscopy, Chest X-rays, and blood tests.

Some of the conditions covered under this umbrella term do not currently have an effective treatment or cure. In the case of severe lung damage, a lung transplant could be necessary. Oral medications such as corticosteroids can help reduce inflammation in other cases. Some children may require oxygen therapy or pulmonary rehab.

Prevention is key, and usually takes the form of reducing exposure to cigarette smoke and other environmental toxins, as well as staying up to date on all childhood immunizations.

Cystic fibrosis is a particularly prevalent genetic condition that is often identified at birth. In the United States, all newborns are screened for cystic fibrosis. False positive tests can occur, and further testing usually is required to confirm a diagnosis. About 1 in 30 Americans is a carrier, but a child must receive two abnormal copies (one from each parent) in order to develop the condition.

Cystic Fibrosis can be life-threatening and requires prompt treatment. There is currently no cure for cystic fibrosis, but treatments include airway clearance therapy (ACT), enzyme replacement therapy, increased salt intake, antibiotics, and other medications.

If you suspect a childhood lung disease or have any questions about diagnosis and treatment, please contact us to schedule an appointment with one of our board-certified pediatricians.