Rabies is a deadly virus that attacks the nerves and brain of its victims. It is crucial that any potential rabies infections are identified and treated early on before the disease has a chance to set in. For this reason, the prevention of rabies is extremely critical, even in countries like the United States, where rabies is rare in humans. Keep reading to learn more about the diagnosis and treatment of potential rabies transmission in kids. 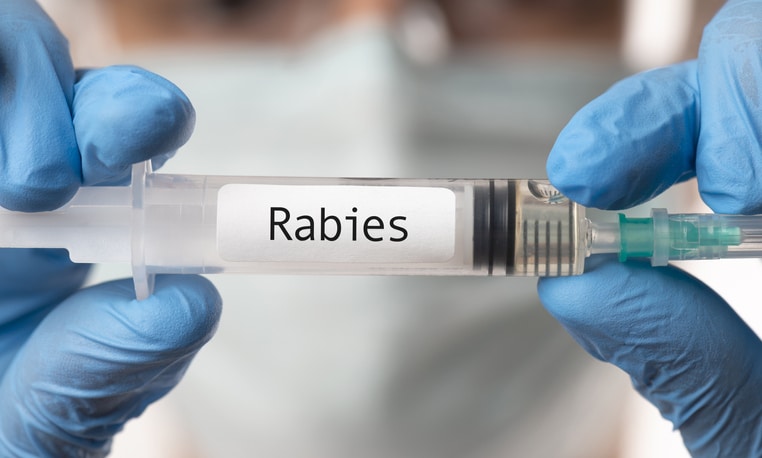 The rabies virus is transmitted through the bite of an infected animal who is in the active phase of the disease. Infected animals carry the virus in their saliva and can also transmit rabies via scratches, cuts, or the eyes or mouth.

The most common source of rabies infections in humans in the United States is through bats, although occasionally, rabies is transmitted through the bite of a dog, cat, fox, raccoon, or skunk.

Rabies infections in kids are extremely rare in the United States, but parents should still exercise caution around stray animals and wildlife, especially those who are exhibiting unusual behavior.

The diagnosis of rabies is unique when compared to other viruses and illnesses. When it comes to rabies transmission and treatment, any potential rabies infection must be treated before symptoms occur. This makes diagnosis difficult and risky. Instead of waiting for a diagnosis, when a person has been bitten by any animal that is confirmed or suspected to be rabid, treatment must begin right away. Later on, lab tests can help confirm the diagnosis of rabies.

It is important for any child that has been bitten by a wild or stray animal to be taken promptly to a doctor for diagnosis and treatment. In the event that a rabies infection in the animal is suspected, a course of treatment should be started on the child to be sure. This is because once rabies symptoms begin, there is no known effective treatment. Treatment of a suspected rabies exposure includes a dose of rabies immune globulin and several doses of the rabies vaccine.

To prevent the transmission of rabies, it is important that all family pets be vaccinated against the rabies virus and that children be educated on proper respect for stray animals and wildlife. In the event of an animal bite, it is critical to seek medical attention right away, especially if the bite is from a common rabies carrier like a bat. Any suspected injury or bite from a bat should be treated as a potential rabies case immediately. Individuals who work with or frequently encounter stray or wild animals who could be rabid can also prevent the potential transmission of rabies by taking the rabies vaccine pre-exposure.

If you have a question about your child and rabies, give us a call today and schedule an appointment to speak with your pediatrician in Littleton about diagnosis and treatment.