In the last couple decades, there has been an increasing awareness of sudden infant death syndrome (SIDS), which fortunately this has resulted in a sharp decline in the number of deaths associated with this condition. However, the CDC reported in 2015 that there were still around 1,600 infant deaths as a result of SIDS. 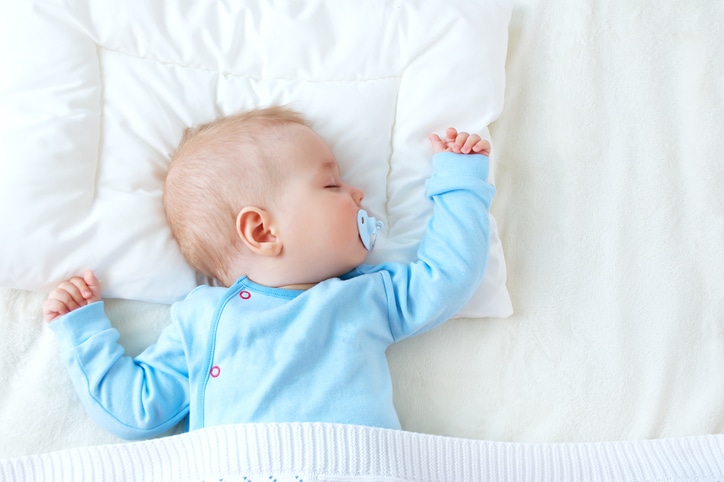 The reason for this decline in deaths has been due to an increasing awareness of the risk factors, which has resulted in some clear guidelines on preventing sudden infant death syndrome.

What is Sudden Infant Death Syndrome?

SIDS explains situations where a healthy baby suddenly and unexpectedly dies, usually while they are asleep. These deaths are prevalent in babies under a year old with the majority of cases happening in babies under six months old.

Babies that were born prematurely or underweight are at higher risk, but it is important to stress that the risks can be significantly reduced if the following steps are followed.

A significant factor in the decrease in infant deaths is the knowledge that babies should sleep on their backs, especially in the first year. Many studies found that babies are unable to wake themselves if they are having breathing problems.

When babies sleep on their stomachs, they don’t get as much access to fresh air and can overheat, which can be fatal for young babies.So always put your baby down to sleep on their backs.

When you have a baby, you will likely want to stay as close to them as possible, which is great for their overall development. However, it can be potentially fatal if you happen to fall asleep with your baby on the sofa or chair.

It is perfectly fine to let your baby take a nap in your arms, but it is vital that you stay awake while they are doing so, to ensure that no changes in their or your position restrict their airflow.

You may be worried that your baby might be too cold or want them to look cute snuggling up with a cuddly toy, but this can create a dangerous sleeping environment for your little one. It is easy for your baby to get tangled up in a blanket or smother herself with a cuddly toy.

In the first six months to a year, it is best to keep things simple. Avoid putting too many things in the crib with your baby. Unnecessary layers can also cause your baby to overheat, which can cause breathing problems. Maintaining a comfortable room temperature, swaddling your baby in your arms, and using baby sleeping bags can all help keep your baby nice and snug during the evening.

This is an area most practitioners agree with: Exposure to cigarette smoke dramatically increases the risk of SIDS.